Four decades ago, the internet was an emerging technology and a battleground of competing standards and protocols. Ultimately, a multilayered stack known as TCP/IP emerged the victor, providing a universal family of protocols that proved foundational to the internet's wider adoption.

Early cypherpunks discussed in length the importance of using a layered approach to Bitcoin's own battle to scale and gain mass adoption. Today, those early concepts once ubiquitous on obscure mailing lists and forums have been realized into tangible, working protocols with thriving ecosystems. Two of the most widely used Bitcoin layer-2 solutions, the Lightning Network and the Liquid sidechain, are already replacing the legacy banking system and doing so on top of Bitcoin.

Let's explore the origins of each protocol, their evolution, and what comes next.

More than a decade ago, Satoshi Nakamoto explored the idea of payment channels or "high-frequency transactions," as he called them in a personal email exchange with Mike Hearn. Satoshi's code was still a bit rudimentary at the time, and the timelock technology and security needed to implement it successfully would have to come later, once other developers refined the cryptography.

In 2018 with the release of c-lightning, one of the many Lightning implementations, the network has been able to scale much easier than ever thanks to its low operational footprint and easy-to-use plugins. A few months ago, the DIY node project Raspibilitz integrated c-lightning, allowing users to run multiple nodes simultaneously on little more than a single-board computer.

Scaling Bitcoin with 1000x the Throughput of VISA

Lightning enables Bitcoin to be both a store of value and the peer-to-peer electronic cash system that Satoshi envisioned.

With an estimated limit of 500 transactions per second (TPS) per payment channel (under current network conditions), Lightning has a throughput of more than 40 million TPS, the equivalent of 14.4 TB size blocks. This is more than 1000x the capacity of VISA, which can only handle upwards of 150 million TPS a day or a maximum of 24,000 TPS at once.

Each of those Lightning transactions can then be aggregated and sent to the Bitcoin mainchain for final settlement.

The Genesis of Liquid

Officially launched in September 2018, Liquid is a Bitcoin sidechain based on the open-source Elements protocol that extends Bitcoin's capabilities by enabling high-speed, confidential bitcoin transactions and smart contracting through additional opcodes.

As a sidechain, bitcoin on the Liquid Network is verifiably backed 1:1 by bitcoin on the mainchain. Once a user has transferred bitcoin to Liquid, they can take advantage of the network's augmented features. Historically, Liquid has primarily been leveraged by exchanges and traders who want to reduce bottlenecks with faster transmission speeds and lower fees.

Today, Liquid continues to play a pivotal role in Bitcoin's growth and adoption, particularly in the booming security token market.

If Lightning is the global peer-to-peer payment network of this new economic system anchored to Bitcoin, then Liquid is the corresponding financial layer. Equity, bonds, securities, and other financial instrumentation are a linchpin in modern capital markets. They will not disappear overnight, nor should they.

In the context of hyperbitcoinization, where Bitcoin has replaced the petrodollar as the dominant reserve currency, these modern financial instruments will need to be retooled and assimilated within the Bitcoin ecosystem.

Ideal for such a financial layer would be a federated sidechain like Liquid that shares Bitcoin's opcodes and where the native asset is a two-way bitcoin peg and not an altcoin. It first ensures the invested capital and innovation remain firmly focused on Bitcoin instead of an inferior copycat. Second, by moving global financial infrastructure to Liquid, Bitcoin is preserved as a hard money asset and deflationary store of value.

Lightning and Liquid are mirroring Bitcoin in their rate of adoption. At the time of publication, the number of payment channels on the Lightning Network has almost tripled year-over-year to just over 87,000 active channels. BTC capacity is also at all-time highs for Lightning (3,399) and Liquid (3,528) for a combined total of 6,927 BTC.

Only Small Countries Use Liquid

Within the span of a few months, El Salvador made Bitcoin legal tender, rolled out a national Lightning Network wallet, and announced a $1 billion tokenized bond on the Liquid Network. If successful, the bond will potentially accelerate hyperbitcoinization and lay the basis for more Liquid-based security tokens with unique structures.

El Salvador is now a model for how nation states can successfully integrate Bitcoin and represents a larger shift within global finance to a more frictionless, peer-to-peer future built on layer-2 solutions like Liquid and Lightning.

Looking ahead to 2022, Bitcoin and its second-layer protocols are poised for more growth.

There are two major overhauls on the horizon: BOLT12, a new Lightning specification that introduces offers to allow more functionality and privacy, and the Dynamic Federations (DynaFed) deployment that enables the Liquid Federation to add functionaries for greater resiliency and decentralization.

With these crucial upgrades to Bitcoin's payment and financial layers around the corner, Bitcoin is well-positioned for the next leg of mainstream adoption. 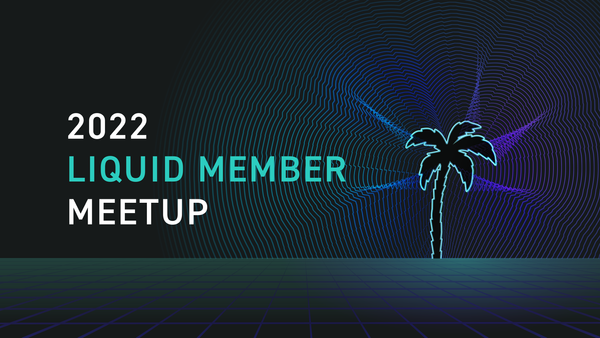 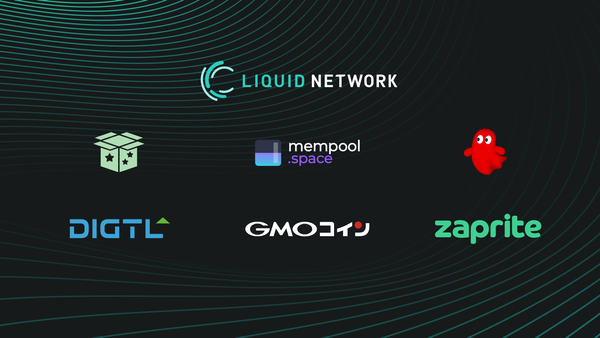